Incorporated in 1949, Kheng Leong Company has evolved from an international commodity and spice trading company to an investment group with interests in property development and real estate investment. Today, Kheng Leong Group has a growing portfolio of development projects and business interest, through direct investment or collaborations with strategic partners, that spans across the Asia Pacific region from Shanghai and Hong Kong to Sydney as well as Los Angeles. The group has chalked up a proven track record in developing residences and built up a brand voice that connotes qualitiy and value. A forerunner in the development of cluster houses in Singapore, the Group has built up a portfolio that includes both residential developments and retail projects in choice locations and prime districts 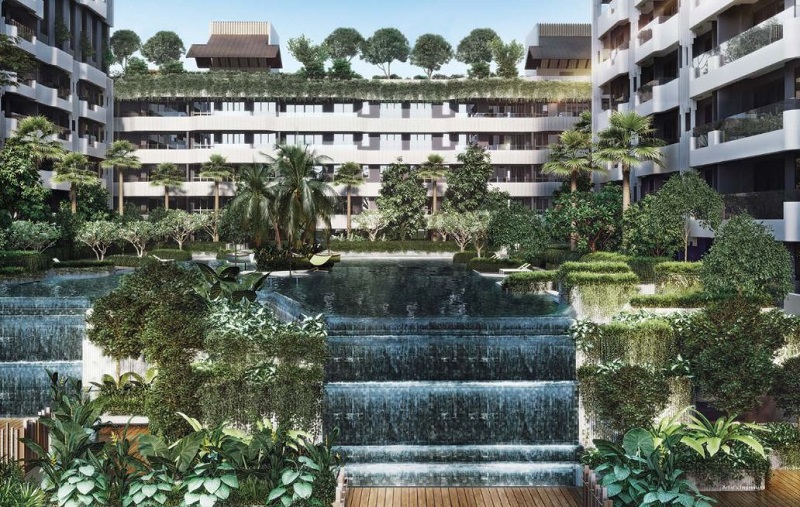 The architecture of WOHA, founded by Wong Mun Summ and Richard Hassell in 1994, is notable for its constant evolution and innovation. A profound awareness of local context and tradition is intertwined with an ongoing exploration of contemporary architectural form-making and ideas, thus creating a unique fusion of practicality and invention. WOHA conceptualizes all aspects of the architectural process, and environmental principles have always been fundamental to the work of the practice, which is guided by a commitment to responsive place-making and to the creation of an invigorating and sustainable architecture.

WOHA’s built projects – throughout Southeast Asia, China, and Australia – range from apartment towers to luxury resorts, mass-transit stations, condominiums, hotels, educational institutions, and public buildings. WOHA have won an unprecedented amount of architectural awards for a Southeast Asian practice: from an Aga Khan Award in 2007 for 1 Moulmein Rise apartment building, to the RIBA Lubetkin award for The Met Bangkok in 2011, to their World Architecture Festival award winners in such diverse categories as education -  School of the Arts, holiday -  the Alila Villas Uluwatu resort, and transport - the Bras Basah MRT station. Their Platinum Green Mark-rated PARKROYAL on Pickering hotel, since opening in 2013, has become one of Singapore’s most iconic buildings, receiving the 2015 Urban Habitat Award from the Council of Tall Buildings and Urban Habitat, the 2014 Design for Asia Award Grand Award and the 2013 World Architecture News Hotel of the Year Award.

Register yourself below to get a copy of Meyerhouse Floor Plans, Brochure, Pricing and Latest Updates!